Jack Ma Missing – The Truth Behind This Mystery “Where Is Jack Ma?”

For many years nobody ruled the Chinese market as Jack Ma did. And now this famous personality is missing and nobody knows where Jack Ma is?

Recently, media reports were widespread Alibaba CEO and billionaire business tycoon Jack Ma and his reported missing in China. Jack ma Alibaba has been off the radar ever since he criticized the Chinese regulators in a summit in October 2020 for the relentless efforts in Stifling innovation.

So why is Jack Ma’s disappearance from the public sphere mysterious?

To find out more, keep scrolling down. We have gathered the possible information that will help you disclose the truth.

Who is Jack MA?

Jack Ma is not just a businessman, but he’s a celebrity. He is considered to be one of China’s real heroes. He is also a reputed Chinese business magnate, investor and well-known philanthropist. He is also the Alibaba founder and the former executive chairman of Alibaba Group, a multinational technology conglomerate. Besides, Jack Ma is a strong proponent of an open and market-driven economy.

Jack Ma’s net worth is approx. 41 Billion USD. Therefore the reason why he is considered to be the richest Chinese man. But according to headlines, “Jack Ma is” has changed to “Jack Ma was.”

He was recently deformed from the Chinese richest man, and now Zhong Shanshan has taken over the title of “The richest Chinese.” 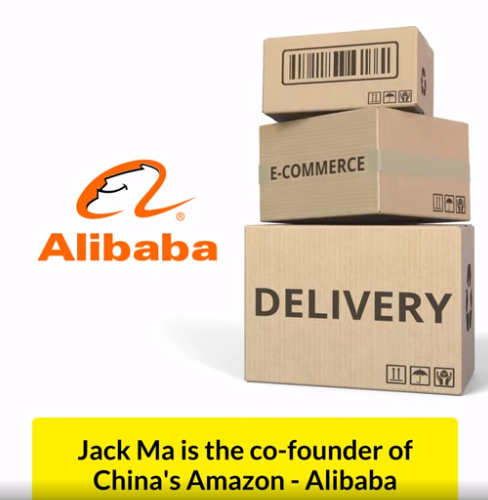 Yet the most astonishing part is that nobody knows “where Jack Ma is?” &“Why is he missing from the past two months?” 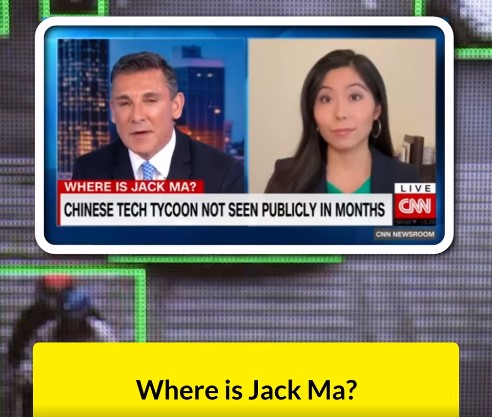 Maybe you might uncover stuff that you haven’t heard or read before in this blog. However, it can be a coincidence and nothing else for many people. But let us assure you, this is a very mysterious coincidence for sure.

And all of this is strictly monitored by the Government Authorities themselves. Moreover, the way China censors Social Media networks,  we are not sure how long videos or blogs that relate to Jack Ma’s missing will be online.

Also, it is possible that maybe this isn’t about JACK MA,  where is Jack Ma? or China. Perhaps this relates and impacts you and us too. 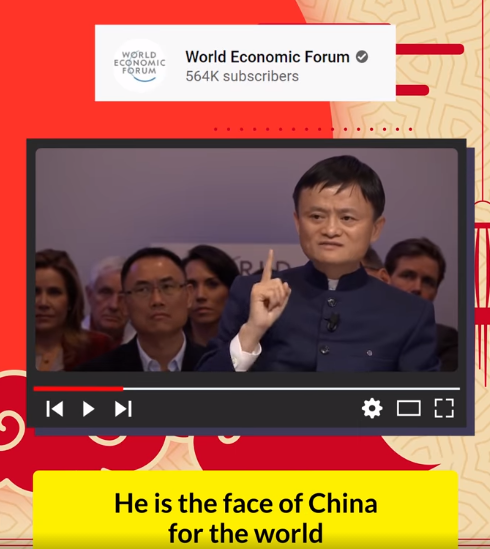 No wonder Jack Ma is one of the leading and the most well-established men in China. But the truth is he hasn’t made any public appearances in the past 2 months.

But wait, there was a hint hidden for all in his last public appearance. On 24th October 2020, at a business conference held in Shanghai, Jack Ma unintentionally and vocally criticized the Chines Banking system. He stated that “Chinese mentality was outdated. And, we all now need a strong and healthy finance system”.

However, if you delve further, you’ll get to know that China’s financial sector doesn’t have a system. It’s a very risk-averse country that stops young entrepreneurs from taking loans for business. However, this isn’t considered to be right in today’s time.

And the games changed. His one single interview and one criticism. China launched an antitrust investigation into Jack ma Alibaba. Like that, a crackdown on Jack Ma’s tech empire continued along with antitrust allegations were also made against Jack Ma company.

According to highlights, Alibaba was alleged to be a monopoly, and that it takes undue advantage of the Chinese. So this narrative started spreading like comprehensive fire.

Ant Group Jack Ma’s fintech company known to be the world’s biggest IPO on the Shanghai stock exchange was going to be launched recently. This wasn’t a small IPO. It was worth $34 billion but didn’t show up.

In Covid times, when economies are in search of rays of hopes, China cancelled the IPO. 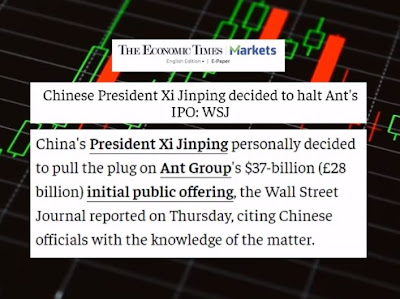 As if this IPO scrapping was a message to other top-notch companies. Whoever criticized,  the CCP shall not tolerate it. 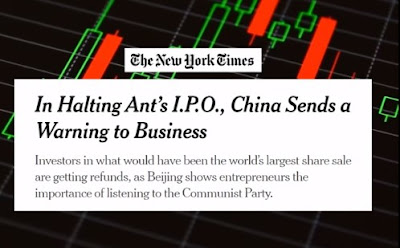 On 14th November, it was the grand finale of the Jack Ma’s African talent show “Africa’s Business Heroes”.

Let us guide you that Jack Ma is a person that is always in the spotlight. He meets and interacts with global leaders. But he missed the grand finale of his talent show, which was quite mysterious and suspicious to all. 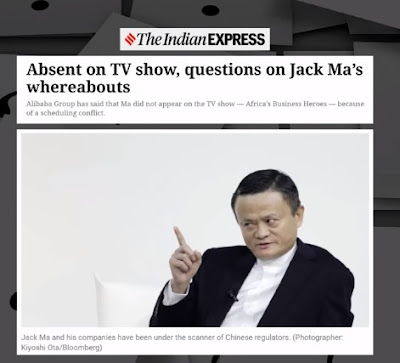 Thus, if a big a personality like him misses an event like this, he will leave a video message for his beloved people. Yet the only thing that was publicly communicated to people was, “He couldn’t be there because of scheduling issues”, nothing more.

Well, we don’t know much about Chinese policies. However, our common sense tells us, Jack Ma is being pressurized. Because one incidence can be considered or called a coincidence. But so many “coincidences” happening back to back? It is way beyond our thinking. 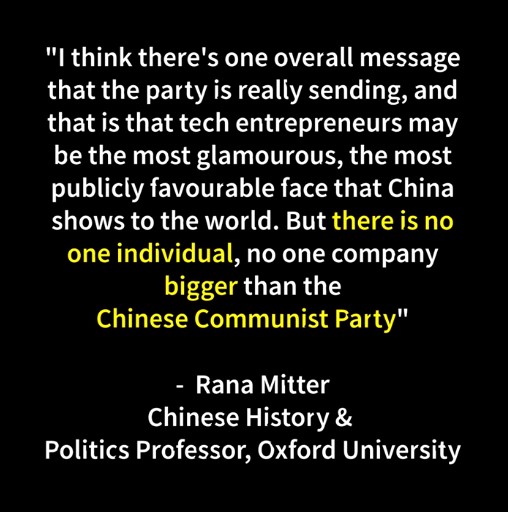 What is the impact of this on all of us?

And then what we were all scared about happened.

In December 2020, CCP started demanding and collected data in other countries. Moreover, China reportedly demanded that big Chinese tech companies like Alibaba process stole US data for the nation’s top spies upon request.

Then, when “Where is Jack Ma?” Began trending on the internet. In concise to this Chinese Communist Party’s official newspaper – People’s Daily, published a strange newz piece, which said that “Jack Ma is now embarking supervision”.

But let us warn you that you won’t be able to read this story because, in a few hours of getting published, the following account was deleted, and nobody knows why.

It’s not the first incident for a well know person to disappear all of a sudden. Past back, a real estate mogul called Xi Jinping, a clown, said that the Covid crisis was not correctly handled. And later he got disappeared too. 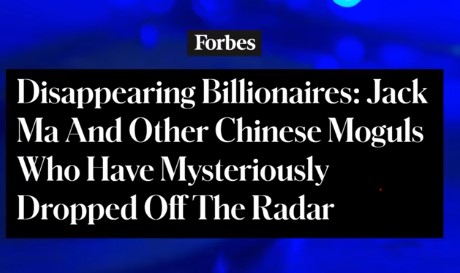 Then suddenly, news flashed that he was going to be jailed for 18 years.

Similarly, reporters getting disappeared from Wuhan also became common. As “coincidences” like this kept on happening in China more often.

Also, a data leak revealed, there are CCP members on the board of many companies. 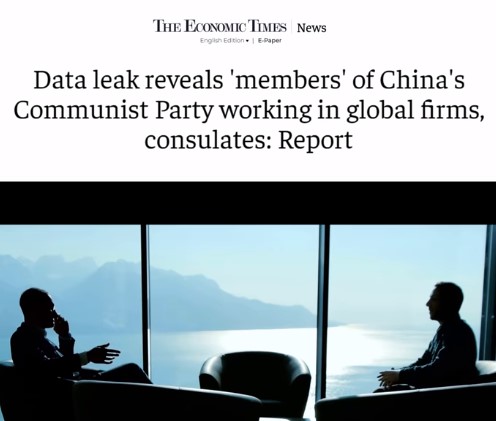 And being against the part is inviting a “coincidence”. See, nobody knows “Where is Jack Ma missing?”

But if such a powerful Chinese personality has to bend in front of politics. Then think about the fact that companies with whom we share our data. They might as well be bending. Well, it’s a straightforward yet dangerous concern. Hopefully, someday this mystery will resolve and we’ll get to know where is Jack Ma.

So the next time when you go for cheap shopping. Make sure to check out other realities apart from the price tag.

And sharing this fact with our reader does makes a difference to us.

2 thoughts on “Jack Ma Missing – The Truth Behind This Mystery “Where Is Jack Ma?””

Pritika Arjun Kumar is a Content Creator, Digital Manager, and Influencer. She even runs her personal blog “Justblogo". She has also written articles and blogs on different topic including health, technology, fitness, festivals, businesses, etc. She’s on a mission to make boring business blogs sparkle. To know more about Pritika follow her on other social media platforms and be a part of her incredible journey.

Justblogo is a platform that empowers thousands of readers worldwide. Here at justblogo, we cover all the latest and informational aspects of business, travel, lifestyle, health, fashion, etc. You can easily find free and exclusive content on these categories. You can read more about JUSTBLOGO on “About” page.

Please wait...
Want to be notified when our article is published? Enter your email address and name below to be the first to know.
I agree to Terms of Service and Privacy Policy